Home Identity Theft Protection Articles Can I sue someone for identity theft?

Can I sue someone for identity theft? 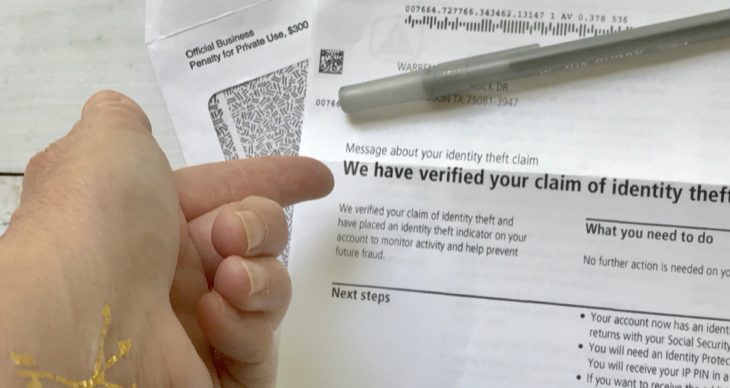 In 2017, there were 16.7 million cities of identity fraud, according to Javelin Strategy & Research’s report “2018 Identity Fraud: Fraud Enter a New Era of Complexity.” The research organization noted that not only is this a record high, but raid schemes often target one person across several organizations. Such complexity can lead to more significant financial losses and make it even more difficult for the victim to recover. It also means it’s more important than ever for you to know whether you can file a suit after being the victim of identity theft yourself.

If you believe that you’ve become victim to identity theft, the first thing to do is to file a report with the police. This is essential if you need to deal with creditors, collection agencies, and credit reporting companies in the future.

The next step is to inform any bank or credit card that was impacted by the fraud; you will need to notify the institution of the fraudulent transactions so that it can open an investigation. This is important to ensure that you are not held liable for any fraudulent charges.

Third, you should improve your online protection. Some ways to do this is by using two-factor authentication whenever possible, update your passwords and make sure that each password is a complex mix of letters, numbers, and symbols.

After that, it is best to contact an experienced attorney to help you understand our rights and legal options. Additionally, the U.S. Federal Trade Commission provides information and resources on how to report and recover from identity theft.

There are both federal and state criminal laws against identity theft. Your situation may lead to federal charges if the offender’s conduct crossed state lines, occurred on federal property, or violated a specific federal statute. However, in most cases, the offender’s behavior will lead to state criminal charges, and every state has laws that cover identity theft, impersonation, and fraud.

Unfortunately, you can’t control whether the offender is charged with a crime or not. Many local police departments lack the technology necessary to determine who committed the crime. There are many times when victims never know the criminal who committed fraud using their personal information. If the offender does get caught, it remains up to the prosecutor to decide whether or not to file charges. The thief can be sued for fraud under state consumer privacy and protection laws.

However, the identity thief may not be the only party that is legally responsible for the theft. Other individuals or entities that come into contact with the stolen information may also be sued under the same state laws. These can include the three major credit bureaus (TransUnion, Experian, and Equifax), as well as banks and credit institutions. These entities can be sued on several grounds, including negligence and breach of fiduciary duty.

Entities such as banks and credit card companies that process ID thieves’ fraudulent transactions may be sued under the theory of negligence. To prove negligence, a plaintiff must show that a particular defendant owed them a duty of care, which the defendant breached, resulting in damages. If, for example, an online store acted negligently in allowing a purchase initiated by an identity thief in the victim’s name to go forward, the store may be negligent.

A defendant may also be sued for breach of fiduciary duty. Generally speaking, a fiduciary is a party who has a special relationship with another party (such as attorney-client or doctor-patient.) Because of the special relationship, the fiduciary must take extra precautions to maintain the privacy of the plaintiff’s information.