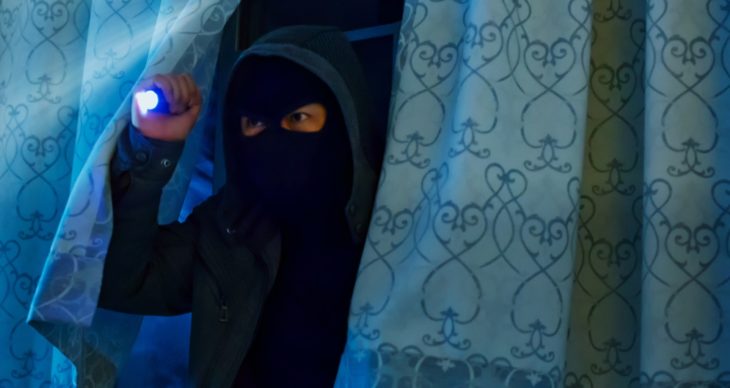 Although cases of burglary have been significantly reduced over the years in the US, it’s still a cause of concern for many citizens. In 2015 alone, there have been over 1.6 million reported incidents of burglary according to the FBI. With an average loss of $2,316 per burglary incident.

But it’s not just about the monetary loss, it’s that sinking feeling of not feeling safe in your own home anymore is immeasurable. Experiencing those two things isn’t easy, and that’s why people have started to invest on home security systems.

Measuring a negative number can be hard, to count instances of burglary or robberies that could’ve happened but didn’t because of an alarm system being present in their targeted home. And you might ask, why are we so confident in making the statement “Alarms help deter burglars”? Because burglars said it themselves.

The University of North Carolina had conducted a study and conducted an interview with 400 men and women who were incarcerated for burglary.

The results showed that 60% or majority of them said that when casing a house, they would be wary and look for alarm systems, and if there were any, they would just move on to another target.

How to Make Your Home Safer

There are many precautions and steps that you can take to ensure you and your family’s safety. One would be to install sturdy and durable locks on your windows and doors.

Some even go to the extremes and put bars on their windows, proper lighting on your home and hallways, and the basic common sense of not letting any strangers in your home.

With the improvements in technology, alarm systems have also become more sophisticated and complicated with the help of smart home integration.

Other than a blaring alarm, most of the alarm system nowadays will send you a notification on your mobile phone if someone unauthorized enters your home.

Invest in Your Safety

From putting a camera on or near your front door to investing in a fully integrated home alarm system, whatever you buy or do to protect your home from being targeted will always be worth the investment. No money can equate to having the feeling of security.

Knowing that you’ve done all that you can do to protect yourself, your family, and your valuables will give you that peace of mind that none could replace.

If you ever decide to go to the full-fledged security system route, motion sensors, video cameras, and live monitoring, alarms, and on the clock support can and will give you a greater sense of security.

Although the above things are effective steps in deterring a burglar, there are also a few things that aren’t reliable at all such as:

1. Having an outdated alarm system

Although, as reliable as the security systems of the past are, having an updated and more advanced alarm system is unrivaled. It’s best to be notified while a crime is still going to happen rather than be informed while the crime is currently taking place.

Having one doesn’t deter burglars because they don’t know if you have one, which makes your house still a target, and it can turn ugly if a burglar gets to it first.

3. Having tall grass, shrubs, and trees near your home

Most of the interviewed burglars state that having dense shrubbery and trees will more likely help them than you. It gives them the perfect cover and allows them to sneak near your windows. It’ll be hard for your neighbors to spot anything, and the cover would give the burglars more time to break-in.

4. Having a fence in your yard

A traditional picket fence doesn’t discourage a burglar, not one but – rather it’ll only make the burglar out of view. A picket fence is great to keep your children and pets safe, but don’t think of it as something that would deter a burglar. A chain-link fence would be a much better option as it offers better visibility into your backyard.