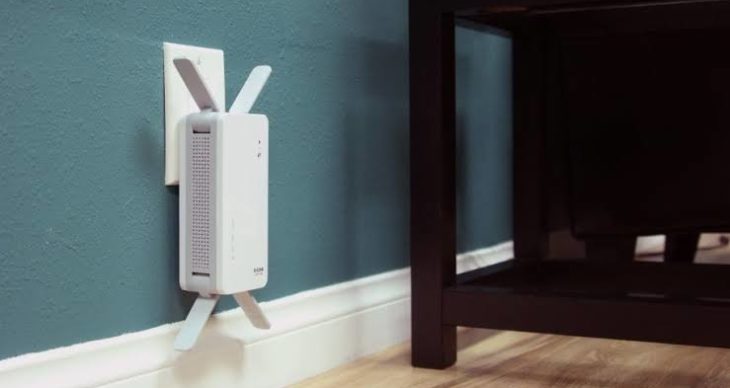 In today’s world of technology, having at least a computer, tablet or phone is essential in every home. With today’s work from home culture, a weak wifi signal can result in major connection issues.

Getting strong and reliable WiFi coverage for all of your mobile devices is what helps you get more done in less time. If you’re noticing slower speeds in your home, it might not be a result of a weak internet connection.

Thankfully, there is a solution to unlocking faster speed with a wifi extender!

You may hear the terms “WiFi range extender” and “Wi-Fi repeater” used interchangeably; however, they are different types of WiFi boosters that work with your wireless wifi router.

When it comes to WiFi boosters, a WiFi extender is the best option for fast, reliable WiFi network.

What’s the Difference between WiFi Extenders and WiFi Repeaters?

While both WiFi extenders and WiFi repeaters serve the same function (to boost your wireless signal) there are key differences that make WiFi extenders the better choice.

A WiFi repeater connects to your WiFi network wirelessly in much the same way as a smartphone or laptop.

Because the connection to your router is wireless, it is susceptible to interference. Cordless phones, microwaves, stereos, and other electronic devices can interfere with your wireless connection and cause it to slow down or drop out.

The placement of a WiFi repeater can also affect the strength of the connection and affect upload and download speeds.

A WiFi repeater needs to be able to clearly pick up the wireless signal from your router. Thick walls, floors, and ceilings can disrupt the connection and weaken the signal. The further away the WiFi repeater is from the router, the weaker the signal will be.

A WiFi repeater connects to a router and wireless devices on the same frequency. This means that your wireless devices will only get half of the bandwidth available. Therefore, it will provide less bandwidth, which leads to slower connection speeds.

Powerline WiFi extenders can use the electrical cables in the walls to re-broadcast your wireless signal.

The wired connection means that a WiFi extender always has a strong, dedicated connection to your network that isn’t susceptible to interference.

Thick walls and electronic devices won’t slow down or disrupt your connection.

WiFi extenders are the best option for extending your wireless connection to problem areas in your home or office.

With a strong, wired connection, you get lightning-fast speeds without worrying about lag or an intermittent signal.

Wi-Fi extenders work by “capturing” the wireless signal from your router and then rebroadcasting it.

While an extender does a better job at providing a more stable WiFi connection, it is also affected by slower data, however, loss in speed isn’t as prominent as in repeaters.

If the WiFi coming directly from the router is slower than the Internet speed or internet signal, then the extender will reduce the speed of the Internet for devices using the extender typically by around 50%.

How to Effectively Extend Your Wi-Fi

This strengthens the signal from a router on a different floor of a house or on the opposite side of a building. A repeater uses half its internal antenna to receive a wireless signal and the other half to transmit a new signal effectively halving the potential speed of the original Wi-Fi signal.

This shouldn’t be that noticeable for light web browsing, email, etc, but can be felt when moving large files around the network. That’s why some prefer Powerline for the more demanding tasks, but you might find it’s still perfectly good for streaming Netflix or YouTube.

A Wi-Fi extender needs to be placed in a central location, not too far away from the main router. If you put the repeater at the far edge of your main network hoping to strengthen the signal you will reduce the speed of your connection to the rest of the network and to the internet.

Remember that the extender is just boosting the signal. If it’s placed in a spot where Wi-Fi is already weak then it will merely push around that weak signal. Place it in an area with better Wi-Fi and the signal it pushes out will be stronger, too.

The ideal location for a range extender is halfway between your main router and the intended wireless devices – in an open corridor or spacious room rather than crowded space. It should be away from interfering devices such as cordless phones, Bluetooth gadgets, and microwave ovens.

It’s also good to understand the difference between Wi-Fi GHZ bands to get the most out of your extender or repeater. We’ll try to keep this as technically simple as possible, but skip if this stuff is just going to get your head spinning. Wi-Fi can work over one of two spectrum bands: 2.4GHz or 5GHz bands. The trade-offs between 2.4GHz and 5GHz bands have to do with interference, range, and speed. Each band has its limitations, however.

But 2.4GHz does have one big advantage over 5GHz: range. The shorter wavelengths used in the 5GHz band cannot penetrate as well through seemingly solid objects like walls, ceilings, desks, and, yes, people.

With a better sense of the differences between a WiFi repeater and extender, we should be able to decide which is best to use for our existing WiFi connection at home.

Taking the step further by knowing which WiFi band to use takes our connection to another level of stability. So to make the most of your web surfing, Netflix watching or Spotify streaming, keep in mind the suggestions above, and never experience slow or out-of-coverage Wi-Fi signals again.

If you’re unsure of which will work with your current router, you can purchase a dual band repeater like the TP-Link AC1750.

What about Mesh Networks?

While significantly more expensive than a simple wifi extender or booster, the benefits can help you eliminate speed loss and improve your wifi signals for good.

A mesh network pools together multiple wireless routers to create a complete zone of wireless coverage capable of covering your entire house, hypothetically eliminating dead spots and the need for a wireless range extenders all together.

This allows any wireless device to connect to a single WiFi network with the same network name, allowing you to roam freely and not worry about signal loss and dead spots. Additionally a mesh network will help keep a strong signal range.

Should I get a wiFi Extender or a Mesh Network?

If you’re looking to cover a wide area with wifi signals, have multiple devices, and your wireless router is over a few years old, we recommend a mesh wi-fi network.

This will help you maximize your wi-fi signal and internet connection throughout your home, and not worry about

Alternatively, If you’re simply looking to make up for a shorter range, and have a smaller budget we recommend a wifi extender.