Does Apple Watch have medical alert? 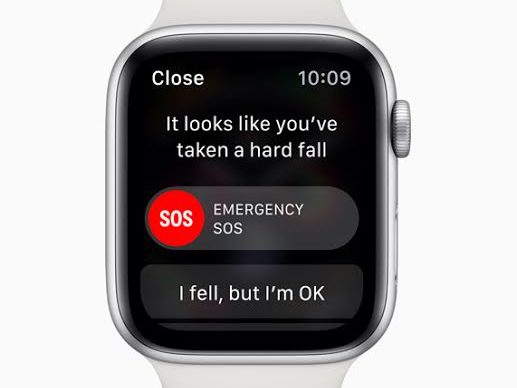 When it comes to the latest high-tech gadgets, senior citizens aren’t usually the first people lining up to spend their money. However, Apple’s new Series 4 watch could provide a potentially life-saving service to the elderly, as well as others. As new reports surface, the watch is now equipped with technology capable of detecting someone who has fallen.

If an elderly were to experience a hard fall, a message on the dial prompts the wearer to select “emergency SOS” or “I fell, but I’m OK.” And if the user is motionless for more than 60 seconds, the watch automatically places a call to emergency responders and sends a message to emergency contacts with location information.

The watch, whose features were recently unveiled at the annual Apple product launch in Silicon Valley, could prove to be a serious competitor to Life Alert, a popular medical alert system.

The watch features an accelerometer and a gyroscope that allow it to analyze the wearer’s impact acceleration and trajectory, as stated by Apple. However, determining if someone has fallen isn’t a simple task. As a result, Apple had to figure out a specific algorithm based on a range of bodily motions.

Apple’s chief operating officer, Jeff Williams, explained, “Identifying a fall sounds straightforward, but it requires a large amount of data and analysis…With falls, there’s this repeatable motion pattern that happens. When you trip, your arms go forward, but when you slip, your arms go upward.”

Fans will be even more excited that this isn’t the only new health feature, either. This new Apple Watch also contains an electric heart rate sensor, which lets it take an electrocardiogram (ECG or EKG) and monitor for any irregularities. According to The Telegraph, this progress marks the first time a product containing an EKG is available over-the-counter for consumers.

The GPS version of the Apple Watch Series 4 is priced at $399, while the GPS and cellular model costs $499. It has since been available to the market from September 21, so if you’re looking for a stylish gift for your loved ones, the Apple Smart Watch won’t just look good on them; it could also save their life.