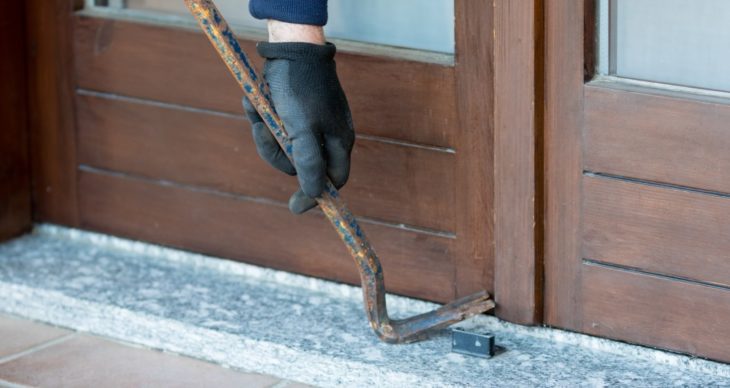 If you still think a burglar looks like a sneaky character that slowly tiptoes while you sleep at night, it’s time to change your perspective on these thieves.

They’re no longer in that old-fashioned picture. In fact, just like how our home security has evolved, burglars have as well. Here are four surprising facts you need to know about them!

Burglaries are less likely to happen at night

Yup, they’re more likely to transpire in the middle of the day. In a survey in 2016, it turns out homes are being robbed between twelve noon and four in the afternoon.

As for burglaries that happen at night, it’s between ten in the evening and six in the morning. However, this only happens for 17% of the incidents.

Burglars are smart. They know they won’t attract much attention when they’re searching around a community during day time. They’re also using the fact that most people are out working during the day to their advantage.

Solution: When you’re not around, make sure you’ve locked any opening in your home. If your attention is focused elsewhere and you’re at home alone, it’s best to lock them as well.

Burglaries are more likely to happen during summer

Summer is a long-awaited season for families to go out and relax on the beach. Which means it’s also a good time for burglars to go into empty homes when this happens.

Burglaries happen from June to August in the U.S., and these malicious activates have a 10% increase during this season as well.

Summer season also entails longer daylight hours and going back to the first fact, this isn’t exactly a good sign.

Solution: Keep your guard up regardless of the season. Keep your doors and windows locked when you’re preoccupied or aren’t home. It’s best to look out for suspicious people constantly checking out the neighborhood during the day.

The bedroom is the main target

A study in 2017 proved that thieves usually go straight to the bedrooms, ignoring the living room areas as they go. Expensive things, such as phones, jewelry, and money are usually found in bedrooms than in other rooms in the house.

Solution: Invest in a bolted safe to keep your valuables in place. An alternative would be storing your belongings in hard to find places.

A home gets robbed every 23 seconds

Crime statistics from 2017 states that 3 burglaries are happening in every 60 seconds in the United States. The country is known to second-most rob in the world. In one day, it amounts up to a whopping 3,757 incidents in one day.

Solution: Reduce the chances of being robbed by making sure your expensive toys are locked away from sight. Use high fencing for security, it makes it difficult for burglars to access or plan their scheme.

Thieves also tend to ignore bulky electronics, such as TVs and computers. They want to go for pricey things that fit right into their pockets, to keep attention on the down-low when they exit.