Home Wi-Fi Extender How many WiFi extenders can I use?

How many WiFi extenders can I use? 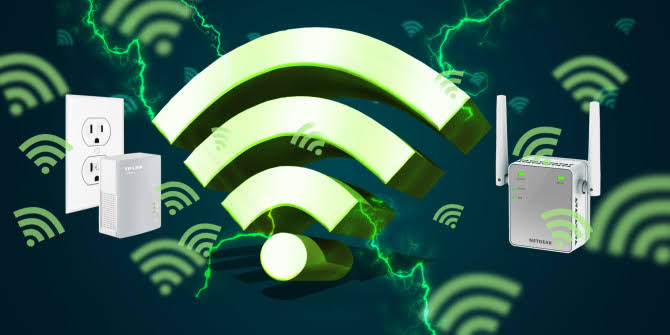 Since you’re reading this, you’ve probably experienced a time in your office or home when you might have noticed certain rooms or areas hardly have any Wi-Fi. With a WiFi extender, the wireless coverage will be boosted to cover larger areas of need. As a result, you will enjoy better internet usage speeds as well as other extra benefits that will be clarified below. A Wi-Fi signal booster extends WiFi network coverage space by amplifying existing signals. It enables all wireless devices within that expanded coverage space to connect to the internet or similar wireless networks.

It is a unique solution that works by pulling in an existing weak Wi-Fi signal from a transmitter. It then amplifies it before broadcasting the transmission to more spaces where needed. The WiFi extender helps to efficiently extend your current Wi-Fi network by reaching multiple floors in a building, all the corners of a home and even your yard, or office. But before going out to the shops or adding one to your online cart, it’s best to first determine your needs and preferences, as well as address the important questions.

Do You Need A Wi-Fi Extender?

One of the best determinants of whether a Wi-Fi booster is a good investment is the current wifi coverage in your space. In case you realize that diverse areas in your office or home have really weak wireless signals or the connection doesn’t reach, then a Wi-Fi extender is a great addition to your gadgets. It saves you from purchasing extra cables or more expensive networking gear including switches and hubs.

With the Wi-Fi extender, your current wireless coverage will be enhanced. At the end of the day, the transmission will be stronger as the reception is bounced across more rooms and spaces. This gives more people around you the chance to enjoy their video streaming devices, play online games or work on internet connected projects in many areas inside a building or home.

Note that the poor connection can be due to either the router being out of range in specific rooms or an obstruction brought about by various objects or structures such as furniture or thick walls. They actually interfere with the coverage simply by getting in the way. With a Wi-Fi extender, the problem is eliminated as the wireless transmission is captured from the access point or router and transmitted into the wireless device.

What Do You Need To Use A Wi-Fi Extender?

For perfect use of any Wi-Fi booster, it is paramount that you have a working broadband Wi-Fi Internet connection. Even if it has a really weak connection, you should have one. An access point or wireless router will already exist if this is the case. The access point integration with the router can be pre-existing or can be done easily by connecting to an existing wired network in case there’s one.

How Does The Wi-Fi Extender Work?

To purchase the most ideal Wi-Fi extender for use at home or in your office, you first need to know how it works. Essentially, an extender starts working once it has established a connection between the router or access point and your wireless device such as a laptop or cell phone with the Wi-Fi turned on. For instance, to use the web connection on your cell phone without using a lot of data in your allotted data package, it would be wise to turn the access point or router on. The transmission is immediately sent by the router — if it doesn’t reach your device like a tablet in some corner, a Wi-Fi extender will be helpful in such a situation.

The swiftness of the process actually depends on the router and type of Wi-Fi extender you have selected along with each extender’s standard. For example the common standard for most Wi-Fi reception boosters have is a Wireless N (802.11n). This supports a maximum of 300 Mbps network bandwidth. This standard provides excellent speed and range and also very interference resistant in its coverage.

How Many Wi-Fi Extenders Should I Use?

Some people also ask how many Wi-Fi extenders they can use at any one time, but the answer completely depends on the user’s needs and preferences. For homes with a bigger space and rooms more spread out, it is wise to use two extenders to make sure that every corner is covered. There are, however, a few things to keep in mind if you need to use more than one extender:

Are Wi-Fi Repeaters And Wi-Fi Extenders The Same?

It is obvious that both Wi-Fi extender and Wi-Fi repeaters are similar in many respects. But they are different in their behaviour. A Wi-Fi extender performs by pulling the reception from a router before relaying it to a device. While doing this, the extender is not transmitting the coverage using the same type of network name as the initial wireless network. For instance, if the original or initial network is known as “WirelessNet1” the booster will produce a new network name such as “WirelessNet2’. For your device to connect to the internet as desired, it must connect to “WirelessNet2”.

On the other hand, the Wi-Fi repeater will work in a slightly different manner. The repeater works by repeating the signal received even as the transmission is relayed to a wireless device. It means you will be using a similar wireless network ID as you initially began with. Depending on the Wi-Fi booster it might be as easy as changing the settings allowing you to use a single SSID or network name. You can also find a Wi-Fi extender allowing for multiple SSIDs or network names with unique and separate passes.